“You could rattle the stars,” she whispered. “You could do anything, if only you dared. And deep down, you know it, too. That’s what scares you most.”

After serving out a year of hard labor in the salt mines of Endovier for her crimes, 18-year-old assassin Celaena Sardothien is dragged before the Crown Prince. Prince Dorian offers her her freedom on one condition: she must act as his champion in a competition to find a new royal assassin.

Her opponents are men-thieves and assassins and warriors from across the empire, each sponsored by a member of the king’s council. If she beats her opponents in a series of eliminations, she’ll serve the kingdom for four years and then be granted her freedom. Celaena finds her training sessions with the captain of the guard, Westfall, challenging and exhilarating. But she’s bored stiff by court life. Things get a little more interesting when the prince starts to show interest in her … but it’s the gruff Captain Westfall who seems to understand her best.

Then one of the other contestants turns up dead … quickly followed by another. Can Celaena figure out who the killer is before she becomes a victim? As the young assassin investigates, her search leads her to discover a greater destiny than she could possibly have imagined.

Sarah J. Mass always does such a wonderful job at painting a picture and building a world rich with magical lore. Which is really the only thing about this book that I enjoyed. I found Celaena to be incredibly whiny considering she is suppose to be one of the best assassins in this world. I was hoping that she would develop as character as the story went on but she only had a change in tune for the sake of a BOY! Gross! Also we witness yet another love triangle…not my favorite trope.

Considering Celaena’s insane talent/power she seems to be so one dimensional. There was paragraph after paragraph describing what dress she was wearing or how someones hair looked but I would have much rather read less fluff and more about this beautiful world these characters are living in! However, I think I will continue to read this series if only to learn more about the history but something tells me I will DNF this series…I am not sure.

Have you read this series? Should I continue? Please let me know in the comments below! I really would love to hear some different perspectives because I truly do want to like these books. I simply adored ACOTR so I am hoping as the books go on I will fall in love with this series as well. 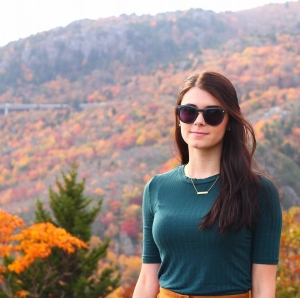 Hello & Welcome! My name is Alicia. I love coffee, a good book, and true crime. I currently live in Charleston, SC where the sun is always shining and the tea is always sweet! Let’s chat books! Follow me on any of my socials below or you can contact me by clicking here.